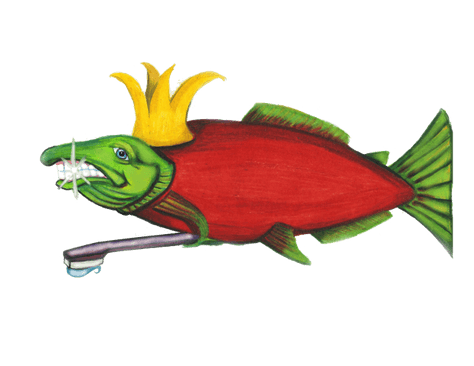 Bleaching the teeth is a process in which you use a gel, either carbamide peroxide or hydrogen peroxide to lighten the tooth. Hydrogen peroxide is a quicker and less sensitive chemistry. In-office bleaching is in the short run more expensive but in the long run often less expensive. To get the same results with take home systems that you would get with an in office procedure you may spend days to weeks to get the same result that you would get with one in office visit. When you bleach your teeth, you should not have anything to eat or drink that may stain you teeth for 2 full days. Not only do you get immediate results with in-office whitening, you do not have to go without your coffee for as long as the take home systems.

Until recently I have not been a fan of in-office whitening because the stronger whitening gels would almost always result in tooth sensitivity for a while. Tooth sensitivity is the most common side affect of tooth whitening and traditionally the take home systems had less sensitivity associated with them. Though over the counter systems do work, they usually cause more sensitivity than the systems we can offer. People often think that the over the counter systems are cheaper but this simply is not the case. The systems I offer are stronger, have agents to help reduce sensitivity, work more quickly and by the time you are finished, often have a lower end of whitening cost.

We have recently switched to the GLO Science whitening system for both take home and in-office tooth whitening. The reason is that it is simply a superior system to any other system that we have tried. We tested the in-office whitening system on four people who had avoided tooth whitening due to having severe tooth sensitivity.  Three people reported no or very little tooth sensitivity and results ranged from 8 to 10 shades lighter in one visit. The manufacturer says most people will get 5 to 8 shades lighter in one in-office visit. The fourth person did have zingers that we have associated with previous systems but not as bad of the other in-office systems we have used. Though we cannot promise no tooth sensitivity, the GLO system is the first system that I can be comfortable recommending, and what great results we are getting!

The take home kit will give the same results, it will just take longer, usually 5 - 10 days. Our take home kit has gel that is 50% stronger than the over the counter kit you can purchase. With our gel being 50% stronger than the one available over the counter, you will get faster and better results with the kit we offer. Because the gel is 50% stronger, I cannot sell in to anyone who has not had a recent exam by me. The stronger gel is safe as long as your teeth are healthy!

We still offer GO trays as well. These are similar in application to Crest Whitening Strips but are better, cover more teeth, and give better results.